It is clear that the measures taken by the Italian Government to contain the spread of Coronavirus pandemic are producing a state of exception and a substantial suspension of democracy.

We do not wish to embark on a reasoning about the appropriateness or necessity of these measures, but rather we want to highlight a contradiction that could have serious social and health repercussions.

In a situation where citizens are literally drowned out by prohibitions and prescriptions, in the collective and individual effort to mitigate the risk of contagion, nowhere have we read the most basic health and hygiene provision: access to water for all.

Throughout Italy, water service managers are implementing, with different nuances, the practice of cutting off water in the event of fraud or other irregularities such as those identified by the notorious Article 5 of Lupi Decree which denies access to essential public services, including water, to those who are forced to squatting for shelter.

This is a violation of a human right that is even more odious and dangerous for public health in the current context, in which the first mesure recalled by all is precisely hygiene.

On behalf of 276 civil society organizations from around the world, we are calling upon the Climate Bonds Initiative (CBI) to abandon the certification of destructive hydropower projects as climate-friendly. The proposed hydropower criteria developed by CBI and its technical working group fall far short of acceptable standards and practice, and their adoption would pose a significant threat to rivers and the communities and freshwater species that depend on them.

If adopted, the CBI’s hydropower criteria would risk opening up a funding source that could prove profitable to dam operators and institutional investors with Paris-friendly branding, while making no meaningful contribution to stemming the climate crisis. Beyond permitting projects with dubious value to attract a new line of financing, the greatest risk of the proposed criteria is channeling scarce climate dollars toward projects that fail to help us confront the challenge of preventing a 2oC scenario and that exert increased pressure on freshwater biodiversity and the functioning of our water cycle.

No filling of the Ilisu Dam Reservoir!

For 12.000 years, Hasankeyf in the Southeast of Turkey has been a site of uninterrupted human settlement. With the labour of dozen of cultures this outstanding universal site has been created on the banks of the Tigris River and adjacent small valleys and hills. Recent excavations show that Hasankeyf lays atop of a deep, uncovered cultural heritage. Independent researchers state that Hasankeyf and the surrounding Tigris Valley are as important historically as Ephesus, Troy and Cappadocia and fulfill 9 out of the 10 UNESCO criteria for a World Heritage Site. It is assumed that Hasankeyf is the twin of Göbeklitepe, a sanctuary site 225 km to the west with a similar age, which led to global new conclusions on history’s first human settlement.

While the Turkish government achieved the inclusion of Göbeklitepe in UNESCO’s World Heritage List, Hasankeyf and the surrounding Tigris Valley is planned to be flooded by the Ilisu Dam and Hydroelectric Power Plant Project, which is almost fully constructed. In recent statements the Turkish government announced that it will start the filling of the Ilisu dam reservoir on June 10, 2019. Officials add that in October 2019 Hasankeyf town would be affected by raising water level.

The Ilisu Project was and is a completely wrong and destructive investment. That is why since the beginning the project it was strongly opposed not only at the local level in Turkey, but also in Iraq, Syria and globally. Contrary to official claims, the dam would have no socio-economic or any other benefit for the majority of society in the affected region and up to 80.000 people would loose their livelihoods. Apart from Hasankeyf, an important part of the not yet excavated cultural heritage in Upper Mesopotamia along the Tigris River would be flooded. The biodiversity of the Tigris River ecosystem – still mainly natural – would be degraded significantly. The Ilisu Project would also gravely affect the downstream stretches of the Tigris, seriously jeopardizing the water supply of major Iraqi towns, and Iraqi agriculture would be put under serious risk. In particular the UNESCO site of Mesopotamian Marshes in southern Iraq would be threatened with drying out due to reduced downstream flows.

In the last few years, the government’s program of so-called “monument relocation and consolidation of rocks" has seriously damaged the cultural heritage in Hasankeyf. But there is still so much cultural heritage left to rescue. Despite the project near completion, we believe strongly that the cancellation of the Ilisu project would stimulate a process from which the broader local population, Turkey and Iraq would benefit directly, economically as well as socially and culturally.

We call upon on the Turkish government not to start the filling by the Ilisu Dam, neither in June nor later. Instead a new broad, participative and transparent discussion with all representatives of the local population on the future of the affected five provinces should be started. Based on the common outcomes of these participatory discussions, policies on the future of the Tigris Valley and the surrounding region should be developed and implemented with the agreement of all affected parties. Another condition should be the achievement of a mutual agreement with Iraq and Syria according to international law, which should guarantee sufficient water flows into the Mesopotamian Marshes and southern Iraq.

We call on all people and organizations all around the world to support our demands and to launch similar calls on the Turkish government!

Since the publication of an EU action plan for the circular economy in 2015, the circular economy has been at the heart of the European Union's economic and environmental policies. As the reuse of treated wastewater is considered one of the most promising forms of circular economy, the European Commission has taken several measures to promote this practice in the European Union, including the drafting in 2018 of a Regulation on minimum requirements for water reuse. This Regulation was adopted in 2019 by the European Parliament and the Council with a very large number of amendments. In the coming weeks, negotiations in the trilogue are expected to lead to the adoption of the final version of the Regulation.

European Water Movement, most of whose members are confronted with projects to reuse treated wastewater on their territory, wishes to make several comments on the Regulation and more generally on the promotion of the reuse of treated wastewater, in particular for agricultural irrigation. It seems to us that every project must first be the subject of a study seriously assessing its impact on health, environmental and economic aspects. One of the European Commission's tasks should be to formalise this study as much as possible, in order to help Member States to implement only projects that are viable for these three aspects. The measures, including legislative measures taken so far by the European Commission on the reuse of treated wastewater, rather lead to simplification and weakening of the impact assessment, with a significant risk of implementing projects that go against some of the objectives of the circular economy. 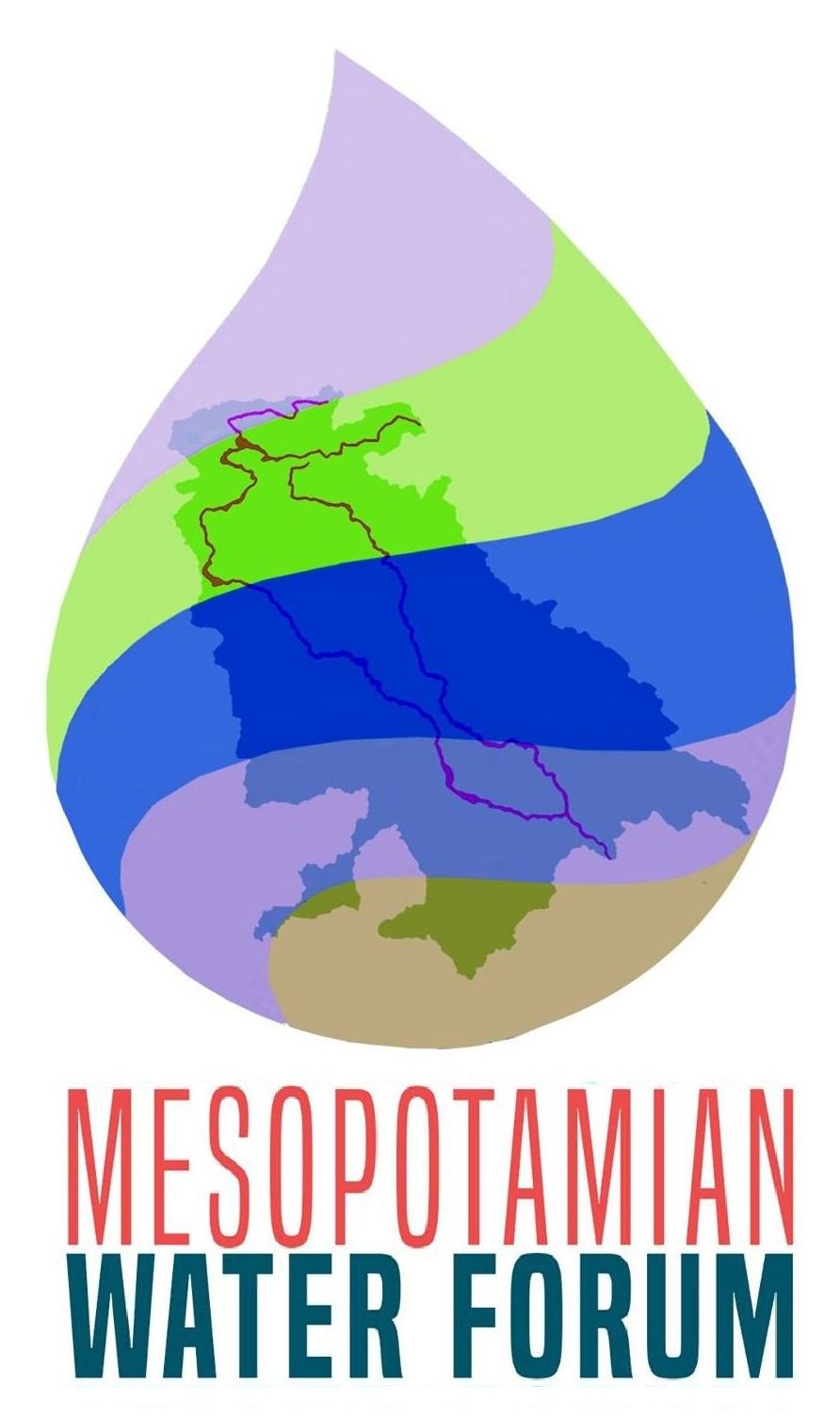 Over-extraction; the draining of marshes and wetlands; deforestation; too many irrigation projects, poorly-drained land; pesticides and fertiliser run-off; contamination by poorly or often un-treated discharges from industry as well as households; the widespread building of large and cascade small dams; the increasing exploitation of groundwater aquifers; stream channelization; inter catchment water transfer schemes; and the ravages of fossil-fuel-induced climatic change have variously disrupted hydrological cycles and created conditions of severe local and regional scarcity. For human and non-human beings, such physical scarcities have been exacerbated by policies aimed at commodifying and/or politicising water, denying access to the common good of water.

Taken separately, each of those assaults would be cause for grave concern. Taken together, they pose a threat to the collective survival of humans and non-humans alike. Defending water and the right of all forms of life to access to water, in Mesopotamia, is now a critical civic duty: without water, there can be no life.