On Monday, February 24, at 19.30, SaveGreekWater the initiative for the non privatization of water in Greece presented the information campaign "Something's up with the water" in the crowded first floor of the Art Meeting Point CAMP at Kotzia Square (Athens). Over 150 people attended the event, during which SaveGreekWater presented their activities and goals and those present had the chance to watch in preview all 6 tv web spots and listen to the 4 radio spots that constitute this phase of the campaign.

The TV spots - that the coming weeks will gradually be diffused on the internet - were directed by young Greek directors (Elena Dimitrakopoulou, Angelos Frantzis, Haris Stathopoulos, Savvas Katirtzidis, Paul Mafrikidis, Lefteris Haritos), who, each on his own artistic approachand creative look, gave visual form to the consequences of a risk that is more than real.

All spots were shot with the pro bono participation of about 250 people and are the first of the campaign since other directors and artists have already expressed their interest to participate in this collective effort. 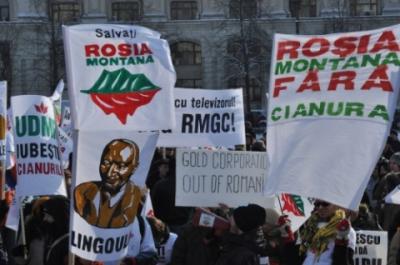 Rosia Montana is a small village in the heart of Romanian Transylvania. Its natural, cultural and historic heritage is of an inestimable value. Today an open-pit gold and silver mining project threatens to destroy this village and forever pollute its groundwater. This project, one of the largest in the world, is led by the Canadian company Rosia Montana Gold Corporation (RMGC).

An inspiring video animation about how cities are reversing water privatisation to regain public control. This video explores water 'remunicipalisation' in Buenos Aires and Paris, looking at the challenges and benefits of reclaiming public water. It calls on citizens worldwide to mobilize around this option.